London born but now based in the creative hub of Hastings, Shaun Mills is an illustrator with an imagination that knows no bounds!
Shaun’s love of playful puns and irreverent observations is combined with his use of bold penmanship and a bold colours to create fun works, full of sly winks and knowing smiles.

This new show brings together a variety of work produced by Shaun over the past year alongside new pieces that look at who we are and how we converse.

Cat Calls and Wolf Whistles is a call out to the art of the Hola! The Hello. The introduction. A cheeky take on the way we communicate and the power of misunderstanding, often on purpose.

It’s a joyful look at the things we say and do and what, in turn, it says about us.

Shaun will also be taking the wraps off his new side project, ‘Hands On’, showing off a small selection of pieces featuring the humble hand. Be they scaling new heights, Djing or getting into trouble with the law, our trusty sidekicks are always in the thick of it.
Expect large scale murals and variety of bold prints all in the name of word play.

Bio
Shaun studied illustration at London College of Communication graduated in 2013. He moved on to work in TV and publishing before setting up the a club night called Spilt Milk that gained a cult following in South London before taking on the ICA, 93 Feet East and Cargo. From there he began working in the Fashion industry, painting site specific murals for high end retailers and bespoke events.

Now a freelance illustrator Shaun is working in the commercial, retail and editorial sectors.

As an illustrator Shaun likes to find ways of subverting everyday axioms and clichés. He plunders music, literature, film and many other pop culture variants from throughout his lifetime in order to present his own particular world view, full of cool cats and bear faced liars. 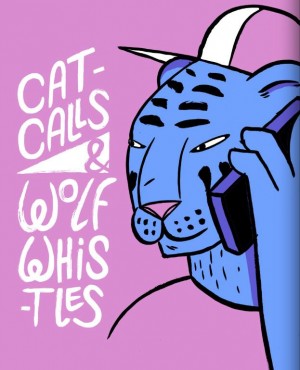 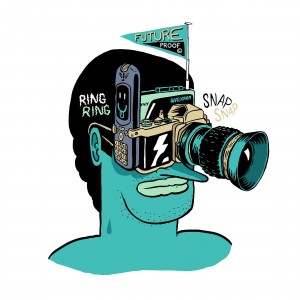 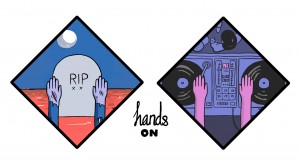 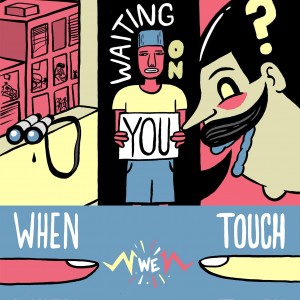