Past Show
THE FOLDING KNIFE
by
McBESS

A collection of his art from the last three years was published by Nobrow and The Book Club was lucky enough to have the original cover design adorning the walls. Having shown previously at galleries across the globe such as Issue in Paris and Nucleus in LA as well as having his art on the cover of Design Week, this French gentleman certainly has an exciting buzz around him.

McBess also invited artists and close friends who have inspired him, to create new works for the exhibition. In keeping with the McBess format, all pieces created were black and white.

Éditions Copains was founded in July 2010 in Paris, by two friends (Ugo Gattoni and Guillaume Singelin). They are most famous for their elaborate 10 metre illustration in which the characters are a minuscule 1cm each!

KOA works very much in the fantasy genre where monsters are masters and humans are slaves. Religious and occult symbolism as well as ghosts, flying fish and dwarf hip hop masters feature heavily in his art depicting a very tongue-in-cheek style. He is currently working on book, Sang Noir.

ROTOPOL
Michel Meier, Lisa Röper, Rita Füstenau, graduates of Arts and Design Kassel in Germany originally came together to create Rotolpress to publish their own art. Now they work as an independent publishing company to help unknown illustrators publish their work. They will each be creating one illustration for The Folding Knife.

NICOLAS TUAL
Since 2008 Nicholas has been part of the illustration label TOY. 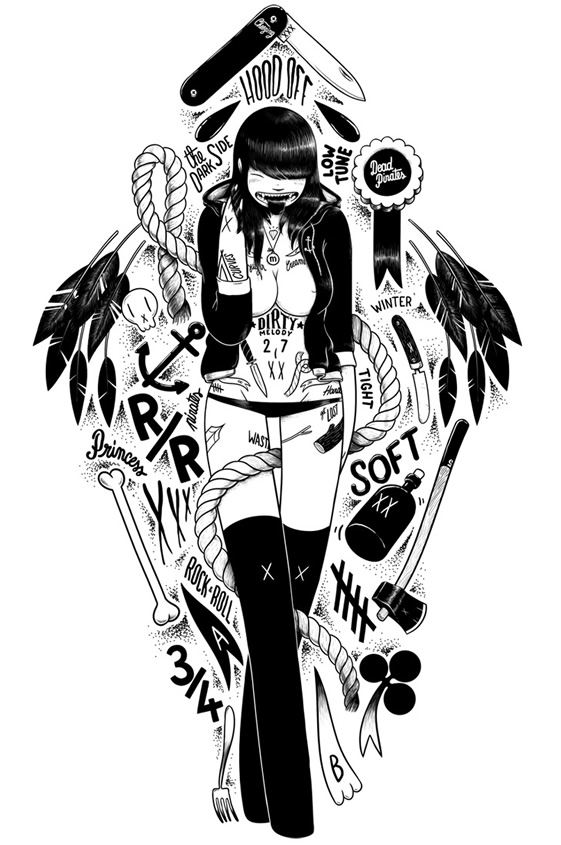 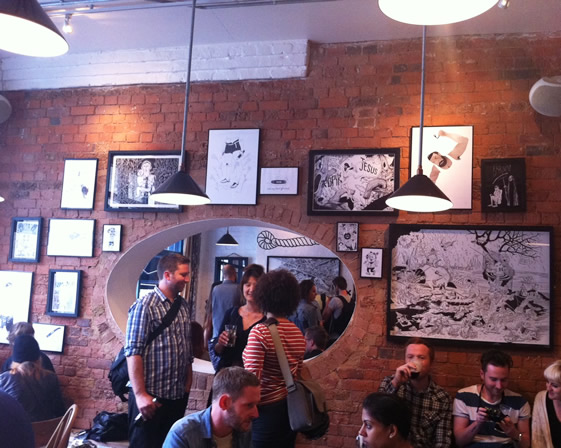 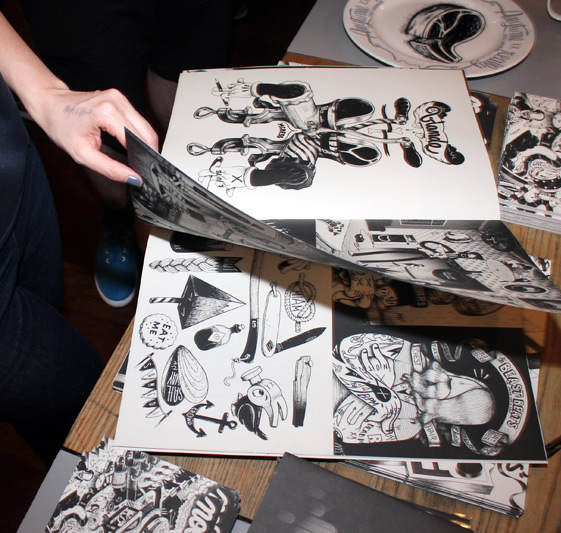 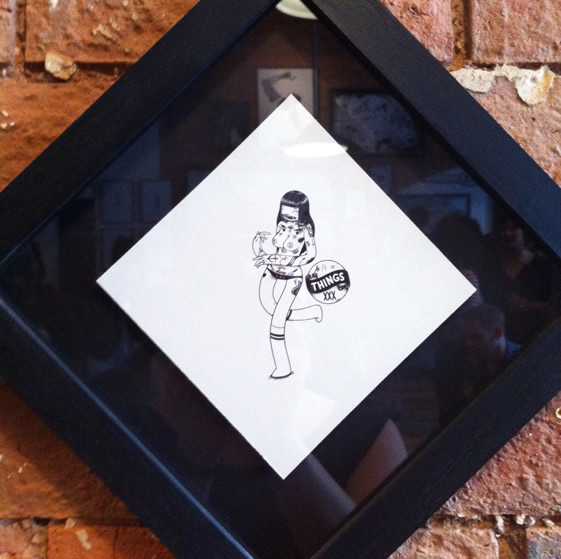 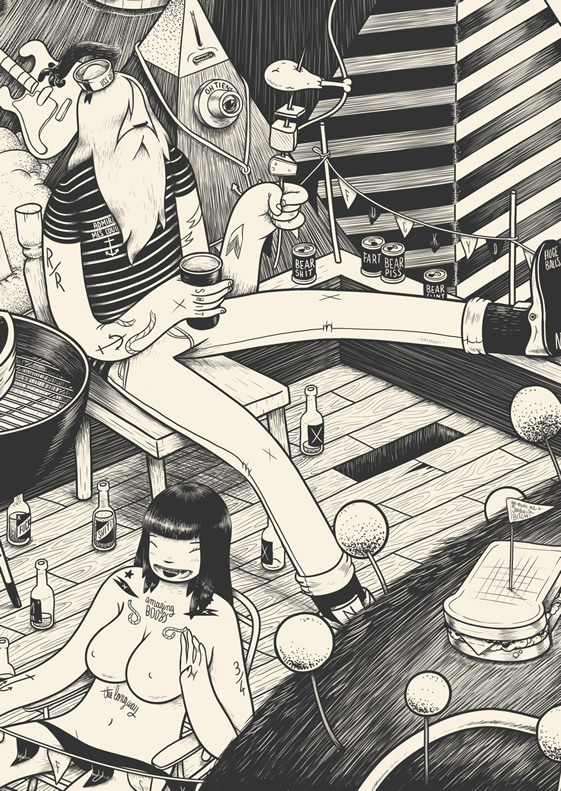 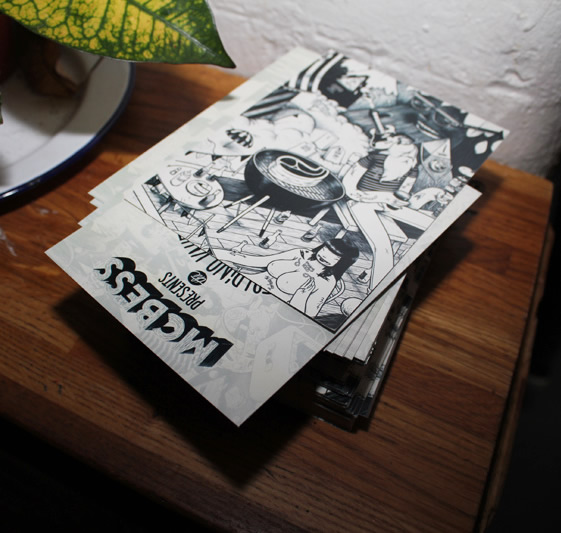 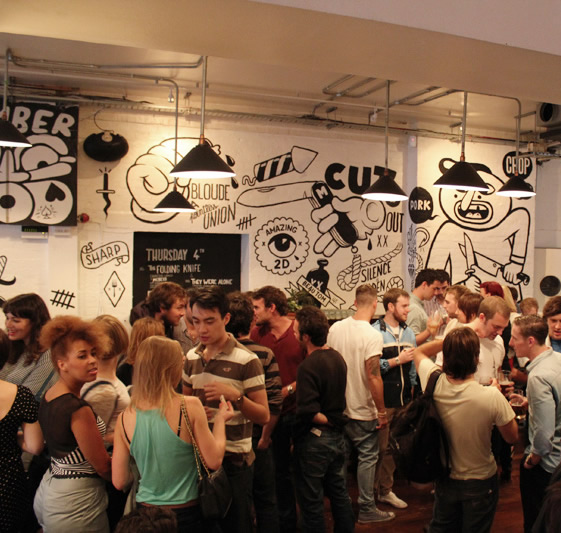